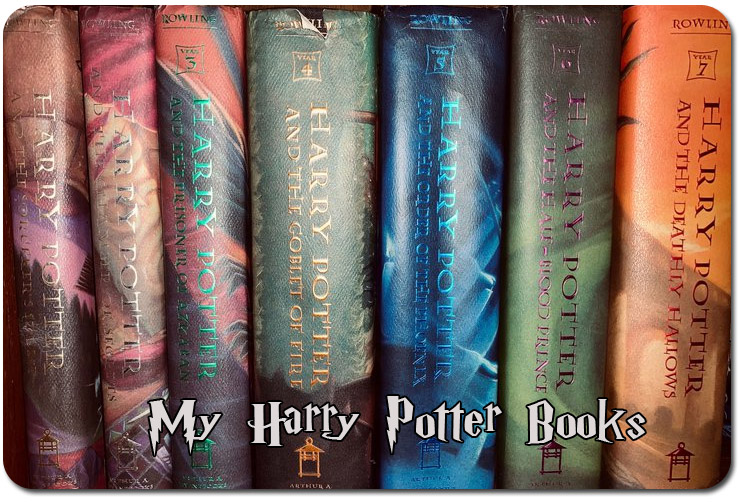 I’ve been a Harry Potter fan since about the time book 3 was released (mid-1999). I bought books 1 and 2, then read 3. Every year after that I stood outside Barnes & Noble for the midnight release of the newest book.

I’ve read the books several times and listened to the audio books a couple times too.

I did the same with the movies. I went to the midnight showings of the release when each of the movies came out and have watched them several times on DVD since.

I wouldn’t consider myself a “Potterhead,” but I have enjoyed the movies and the books (especially the books).  I know there are many who have read, listened, and watched FAR MORE than I have.

With that said, there are 3 items on my wish list that I wish had been written differently.

Having just finished the 7-book series again, I came to realize how much I wanted a book 8.

I realize that this would have changed much of the content of book 5, and especially 6, but that content could have been edited and added into the new book 7 – the 7th year at Hogwarts.

(how all this affects the death of Dumbledore, the search for horcruxes, and several other factors is a topic for another post… or other comments below) 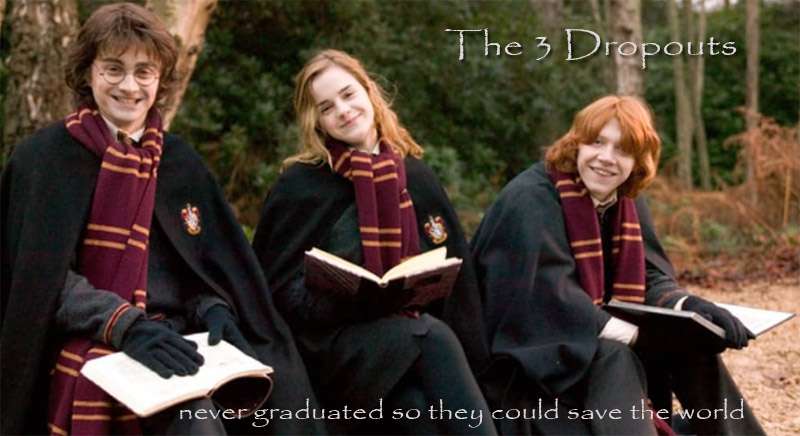 I feel a great opportunity was lost by not including a year 7, sitting for the N.E.W.T.s, and to bring a conclusion to their education. Maybe Harry would have found one more horcrux during his 7th year.

Book 8 would then essentially be the content of the current book 7 (Deathly Hollows), the search for the horcruxes after graduation.

In fact, not having a year 7 almost feels incongruent with the first several books.

In fact, in year 6 when he was made the captain, he only finished one game, and in game 2 was take out by his own player, McLaggen, about ¼ the way through the match. He was in detention for game 3.

Not once did Harry ever start and finish all 3 games during any given school year. After emphasizing how important quidditch was to Harry in the early books, it almost becomes a passive interest once Umbridge kicks him off the quidditch team in book 5. This is so incongruent with the build up of how great of a seeker Harry was, his utter love for the game, and to do something that was such an important part of life at Hogwarts.

And for making such a big deal about the Firebolt… it was really a non-factor in the remaining books. Any other broom could have sufficed.

Having a year 7 would have allowed Harry to be captain of the team again and finish his school career having played all 3 games and winning the house cup for Gryffindor.

There is much more that could be said… but I think an 8-book series would have been excellent! 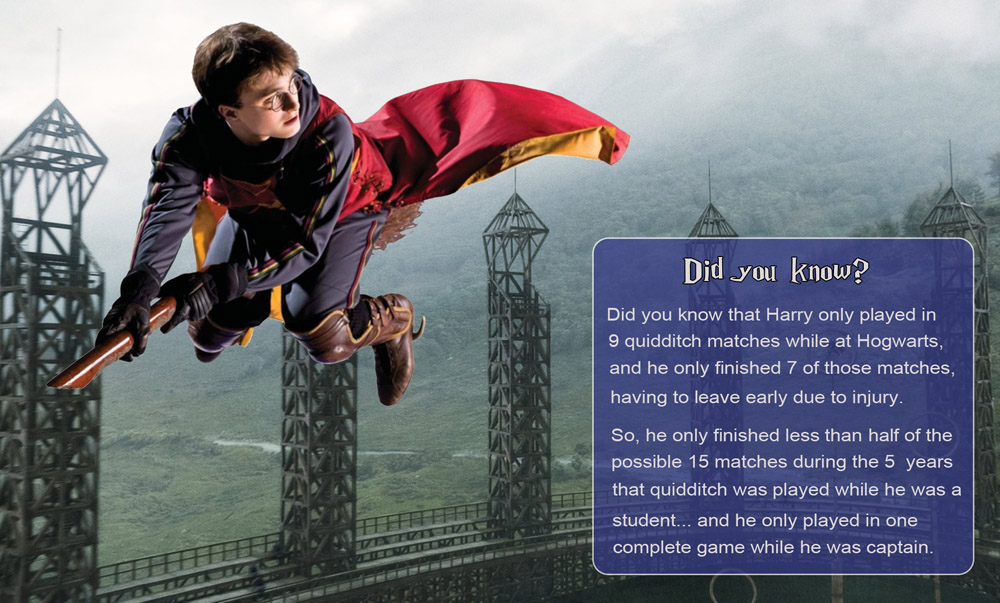 This could be one of the worst parts of the books for me. Hermione is like a 10, and Ron is like a 3.

What I mean by Hermione being a 10 has little to do with her looks. Pretty much everything she is, Ron is the opposite.

I know they say opposites attract, but this is more than just opposites – it’s a complete opposite of character and values. Think of almost any characteristic of Hermione, and Ron is the repulsive opposite.

It’s time to put the Nox on Hermione and Ron’s relationship (of course nox is the spell that is “lights out” on their wands).

Suggestions for Hermione: Harry (yes, this would mean no Ginny… but I’m okay with that), another Gryffindor like Dean, or even Krum (Hermione and Krum apparently corresponded with each other for several years, from book 4 to book 7… and it could have been part of the new story of the new book 7).

Suggestions for Ron: Lavender – about all that seems on his level of being a 3. Lavender seemed to have grown, being in the Room of Requirement at the end, and Ron was improving too… just way out of league with Hermione though.

Ultimately, Harry and Hermione would have been the best relationship. There are so many other blog posts on this. Here are 2 posts on that topic: One on Fandom. The other is one of the best articles on the topic.

Ginny could have been with any other guy (and certainly proved that). The reality is, Ginny is kind of a fringe character anyway. And, it always felt like Harry and Ginny was a forced thing… not something that really came natural.

JKR gives very little attention to Ginny throughout the books. Yes she’s there, but it seems only reasonable that she would become even more prominent in becoming Harry’s girlfriend (and later wife). Instead, she is shunned and never really made a part of the inner circle. If you’ve ever been in a relationship, you don’t shun the one you love — not without consequences anyway.

Even after they’re married, in the “16 Years Later” epilogue, their children’s names have nothing to do with Ginny, just Harry.

Not one reference to anything of Ginny’s family – no Molly, Arthur, Fred… I think a real missed opportunity and even more reason that so little thought was put into these relationships.

JKR has a huge weakness when it comes to romance in her books.

The more I read the books and watch the movies, the less and less I like Ron. Yah, he’s a friend, but fair weather friend many times.

After reading from book 1 until Voldemort is killed in book 7, you have read nearly 4,085 pages (that’s a lot of pages)!

(I have the hardcover books by Scholastic – see photo at the top. Your number of pages may be more or less. Either way… that’s a lot of reading!)

There are so many subplots and characters that have been developed during this time. So many tensions, deaths, relationships, friendships, and stories that had been told.

By the time you get to the end of book 7, there had been so much build up and tension – it’s like the spring of the plot continued to get turned and coiled tighter and tighter…. and…

Voldemort is dead and 12 pages later the book is over!

I’m looking to make sure pages hadn’t fallen out or that my book was missing another 3 chapters.

I can’t begin to tell you what a disappointment this is and continues to be.

So many people and things were so important in the story telling of books 1-7 that are given ZERO justice by JKR when the book is finished.

And that little “16 Years Later” epilogue is kind of a joke. I’m glad there’s at least something, but it is very poor quality writing compared to the quality of writing in books 6 and 7. The epilogue feels like it was written by a 6th grade literature class (no offense to 6th graders).

(Actually, it’s only about 5½ pages until the end of the story after Voldy is killed, and then about 6-7 pages of that epilogue)

In contrast, if you read The Hobbit and Lord of the Rings, it is 1,299 pages from the beginning of the Hobbit until the ring is cast into Mount Doom in Return of the King by Frodo and Sam. Tolkien then takes 87 pages to unwind the tightly coiled spring that had been building in the plot to thoroughly unwind all the subplots and bring an end to the story. When you are done, yes, you are wanting more… but not because there is more story to tell, but because the story was so great. 87 extra, beautiful pages after the climax of the plot!

(at least it is 87 pages in my books of The Hobbit and Lord of the Rings (in hard cover). The font is quite small and could easily be 125 extra pages compared to the size of font I have in my Harry Potter books)

With Harry Potter, you definitely want more, but JKR completely misses the mark and ties it up with a sloppy “black velvet bow” as older Harry, Hermione, Ron, and Ginny say goodbye to their kids getting on the Hogwarts Express… and a curt nod to Draco. Really. Lame. Ending!!

I used to think that John Grisham was one of the worst when it came to ending a book (he is really no good – same crap – the book ends within a few pages of the climax of the plot), but J.K. Rowling takes the honors of the “Most Disappointing Ending” to a book series.

The book ends with Harry wanting to go to bed and eat a sandwich — which is just pure crap.

I love the stories and the movies. I just find the end irresponsible and wanting.

The Conclusion of My 3 Wishes

However, as much as I’d like to see all this, it is really a product of modern day publishing. Publishers push, push, push their authors to reach deadlines and churn out content.

In the churn and push from publishers, so much quality is lost. JKR was cranking these books out. As big of a deal as these 7 books are in modern literature, this publisher did a HUGE injustice by pushing the release of the next book, and then the next, and next after that…

Bloomsbury is the British publisher. I know they used other publishers for distribution in other countries – Scholastic in the U.S. 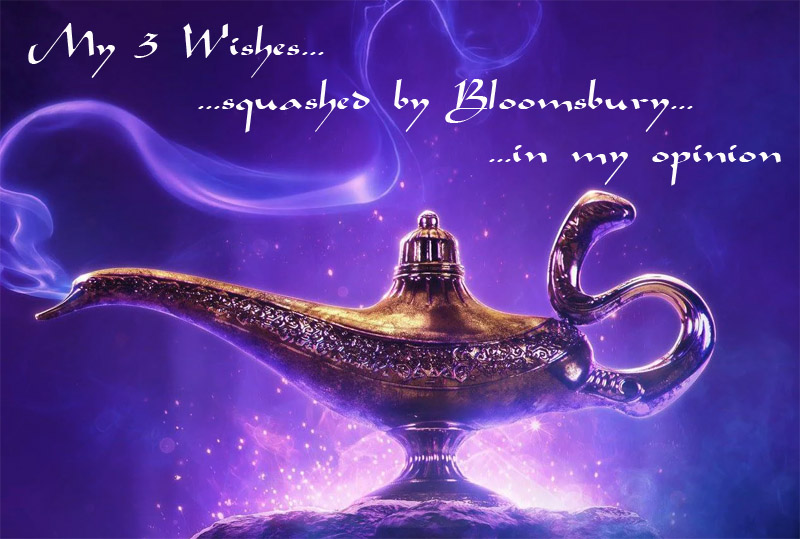 In contrast once again, if you take the Hobbit and LoTR again, Tolkien had decades to write and tell these stories. He wrote, re-wrote, edited, scrapped, and told his stories for decades. He created an entire world, multiple languages and races, multiple ages and history. At times you feel you ARE reading real history and not fiction. He had other people reading his works (not least of which was C.S. Lewis who had written Chronicles of Narnia), giving him feedback, and ultimately producing an incredible series that has truly stood the test of time.

In Even More Contrast

J.K. Rowling did not have that pleasure. She did not stand up to Bloomsbury. She succumbed to their deadlines.  I believe the result is very good. She did well. I enjoy the stories. But, I believe the stories are less than they could have been.

On top of that, social media began to emerge near the final books being written, adding more pressure to get books published.

If just one more year had been added between books being published to allow the author to be at her best, I think things would have been much different. We would have had to wait until 2013 for the final book… and maybe just one of my wishes would have become reality!

Bloomsbury, I don’t think you really cared about the story.

And btw, these websites and blog posts put out by Rowling to tell some of these “post-publishing” stories are worthless. It just shows writer remorse. It should have been in the books, not a website a decade or so later. My opinion on this anyway.

And one more btw… I’ve done other book reviews. Not many.  Here is one I did after I finished Lord of the Rings, and another after I had finished a book from a lesser known author. The one on Lord of the Rings isn’t so much a review as much as how it changes your perspective on other things in life.