Yesterday (Feb 7) I wrapped up the Old Testament. I read one book of the Bible per day, plus 3 Psalms. Today I began with the New Testament, and will continue to read 3 Psalms until I go through all 150.

It’s been a pretty incredible 38 days. From Genesis to Malachi. While I don’t expect anything profound to flow from my finger tips while I’m typing this, I just want to share a few things (for my own sake) that I have observed for the first time.

My purpose in doing this has been: 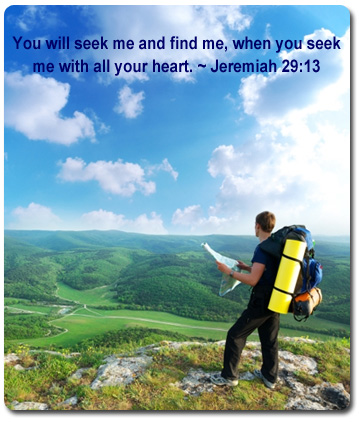 There are other reasons, but it may have been one of the best decisions I’ve ever made.  I’m looking forward to the next 27 days as I work my way through the New Testament as well.

I am sure there is more that I have not fathomed yet or (most likely) I haven’t figured out a way to put into words yet.  These are in no particular order… believe me.

#1 God is more formal than I thought. One of my impressions as I made my way through the Law books was how formal God was, how detailed He was in how the Tabernacle would be built, what the priests would wear, how each ceremony would be carried out. It all came back again as He had the Temple built, and many other occasions.

While I am not saying that it is back to suits and dresses for church (oh please no), I am saying that Christ followers can get too “informal” when it comes to presenting themselves before a holy God, whom we are to fear. We can get rather sloppy and begin to adopt the mindset of our culture when it comes to our relationship with God.

Need some examples of how we have become? Just go hang out at the mall and people watch. Go sit in a Walmart parking lot and watch how people drive and interact. Go down to the courthouse and observe the intelligence of our society. Go to any high school. Go hang out at the water cooler. And… then tell me we don’t treat God the same way we treat our bosses, our teachers, our friends, fellow drivers, clerks, and any other human that crosses our path. Or… listen in on a church life group (aka small group) and listen how they talk about the president and other elected officials. Huh… I think sometimes we treat God like He is the president and we need Bill O’Reilly or Glenn Beck to set Him straight.

This isn’t about formal worship or outward appearances. God renounced that over and over again throughout the Old Testament when He stated that He is not interested in our formalities (sacrifices and offerings), but a broken and submissive heart and spirit (see Psalm 51 among several other passages). But, it is about treating and honoring the Creator of the world with awe, respect, honor, submission, gratitude, love, and even fear (and many more verbs)… instead of a sloppy, “one-of-the-guys” attitude that we can sit around and sip beers with while we hang out at Buffalo Wild Wings.

#2 There was a TON of blood shed. Wow… and again I say wow. I don’t have the mind or personality that would sit down and calculate all of the blood that was shed from Genesis to Malachi from the goats, lambs, sheep, bulls, doves, and any other bird or animal that was sacrificed upon the alter.  However, I would imagine if you could measure its liquid volume, it would easily fill all the Major League Baseball stadiums around the United States. And that may be pretty conservative.  Kinda gross if you think about all that blood.  I am sure PETA would have struggled with all this blood too.

But, for what purpose? It was the Law for one thing. The blood had a purpose in cleansing, giving thanks, making vows, offering peace, fellowship, worship, devotion, dedications, gifts, and not least of which… to atone for sin (intentional or unintentional). I really believe that God wanted His people to get more out of it… to transfer this outward act into an inward reality. Some got it… like David. David may have been a scoundrel at times, killing a bunch of people and sleeping with a woman who was not his, but he was anointed because he was a man after God’s heart.

There are many reasons for the sacrifices, but it becomes obvious that God would rather not have them if He can’t have our heart too.  Of course, as I will learn in the next 27 days, Jesus makes this clear, and that He is the final sacrifice, the Lamb of God who takes away the sin of the world.

#3 God is not afraid. I knew this before, but I realized it even more. He is not afraid of a little (or a lot of) violence. Wars and wars and wars. God was not afraid to say what needed to be said at the risk of offending. His justice will come about because that is who He is. He is love for sure, but He is also true to His promise, and He cannot contradict His nature in order to appease the likes of me.  Men and women dropped dead and wars broke out to cleanse and give rest to the land, and ultimately to keep and honor His covenant with us.

I realized that America is nothing when it comes to what God can and will ordain to happen in order to carry out His purpose. It’s pretty clear. 2 Chronicles 7:14-15 is an incredible example of what it takes to live in the favor of God:

If my people, who are called by my name, will humble themselves and pray and seek my face and turn from their wicked ways, then I will hear from heaven, and I will forgive their sin and will heal their land. Now my eyes will be open and my ears attentive to the prayers offered in this place.

But, a few verses later:

But if you turn away and forsake the decrees and commands I have given you and go off to serve other gods and worship them, then I will uproot Israel from my land, which I have given them, and will reject this temple I have consecrated for my Name. I will make it a byword and an object of ridicule among all peoples. This temple will become a heap of rubble. All who pass by will be appalled and say, ‘Why has the Lord done such a thing to this land and to this temple?’ People will answer, ‘Because they have forsaken the Lord…

However, this has all been good, and I believe I could write at least 10,000 more words. I’ve seen some new sides of our Creator that go beyond what I learned in Sunday School (which I mentioned in a previous post). I am blessed and grateful for this chance… and a few years late in having read every word… Lord forgive me.

None of this may make any sense, and I’ll probably find myself editing this… but I had to get some of this out of my head.