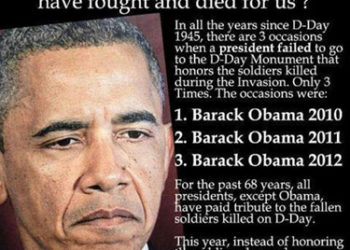 I have mentioned before that in the grand scheme of things, Americans are putting WAY TOO MUCH emphasis on the outcome of this election.  Why? Because in the larger picture, no one president (even with a majority in the house or senate) can control your life… for the good or bad.  I am 100% behind McCain and Palin.  100%.  But, that doesn’t mean I am … Read more

If there has ever been a time for an Independent to make a strong run for president this is the year. I would rather see George W. Bush in office for a 3rd term than to see Obama or McCain win the election. I was glad to see Hilary out of the race… couldn’t even fathom what would happen with her in office! I can’t … Read more

I mentioned in my last post about a guy named Rich Mullins.  I met Rich on several occasions, and while I respected Rich for 99% of everything, I couldn’t get past his words about the American government.  Well, Rich could just see further down the road than me, and while I was looking through a fog, he was seeing clearly.  I’ve now come full circle. … Read more

I’ve got to be honest.  This is the weakest group of presidential candidates I think I’ve ever seen.  Eight years ago I was pretty excited about seeing Bush run for president.  I’d seen how he led Texas as a governor (where I live), and I was really impressed.  I’m certainly not dissatisfied with him as our president.  I don’t think any president could have done … Read more

I receive the following email from a friend today.  Not the kind of stuff that the Democrats would want you to see or CNN – because it doesn’t fit into their agenda to bash President Bush.  This isn’t the kind of stuff that one administration is blamed for.  This is generations of presidential and congressional administrations passing the buck down the road until it’s out of control.

I wonder how much out of every dollar I earn, and every dollar I spend goes to fund the immigration problem in our country.  And, when you’re done reading the email below, think of all the other areas tax money is mis-spent.  The funding of the war on terrorism would be a drop in the bucket and a non-issue if leaders were actually held accountable… but what can one person do?

WHAT COSTS MORE PER YEAR THAN THE IRAQ WAR?

Friends, this is from an accurate source…something worthy for our concern.

Illegal Aliens Cause Massive Cuts For US Seniors

I hope the following 14 reasons are forwarded over and over again until they are read so many times that the reader gets sick of reading them. I have included the URL’s for verification of the following facts:

2. $2.2 Billion dollars a year is spent on food assistance programs such as food stamps, WIC, and free school lunches for illegal aliens. http://www.cis.org/articles/2004/fiscalexec.html

3. $2.5 Billion dollars a year is spent on Medicaid for illegal aliens. http://www.cis.org/articles/2004/fiscalexec.html

4. $12 Billion dollars a year is spent on primary and secondary school education for children here illegally and they cannot speak a word of English! http://transcripts.cnn.com/TRANSCRIPTS/0604/01/ldt.0.html

5. $17 Billion dollars a year is spent for education for the American-born children of illegal aliens, known as anchor babies. http://transcripts.cnn.com/TRANSCRIPTS/0604/01/ldt.01.html

7. 30% percent of all Federal Prison inmates are illegal aliens. http://transcripts.cnn.com/TRANSCRIPTS/0604/01/ldt.01.html

The other day I was talking with my daughter.  In her jr. high English class they were having a debate with the question, “Is it the girl’s choice only, or is the guy’s and girl’s choice to get an abortion?”  She came and asked my advice.  I told her – You’ll never get the right answer if you ask the wrong question.  I then told … Read more

I am worn out!  I receive 3-5 political phone calls a day, 3-5 postcards in the mail each day, drive by hundreds of Democrat or Repbulican yard signs and posters each week, and hear way too many ads on the radio or TV. Nothing is objective any more.  You cannot trust any news station to provide an objective report.  CNN is anti-American, anti-war, anti-Republican, and anti-Christian.  … Read more