As 2012 rolls on and the presidential campaigns continue to build, conventions for delegate nominees begin to make their plans, and one canidate jockeys for position over another, I am amazed at the new religion that is either replacing Christianity, or at the very least is experiencing a synchretism with ones own faith.

Essentially, this means that American politics and faith in America is melding into the Christian faith.  As the definition above states, these are “different” faiths, thoughts, cultures, coming together to become one.

This is the new religion.

Too many Americans believe that being a Republican/Conservative means that you are a Christian, or that the two are synonymous, Christian = Republican and Republican = Christian.

Being a Democrat surely means you are a pagan, worldly, humanist.

I am utterly amazed at how many men in America follow these guys and let these tv and radio hosts shape and mold their thinking.

Let me give you my summary of the average American man who is a close follower of these hosts:

I am not going to go quoting Scripture or anything, although there are dozens and dozens of Scriptures I could list here. But, let me ask a few questions:

Listen, I am a Christian. I mostly vote Republican, but not always. I do not always like the direction that those in Washington DC take this country nor decisions rendered by the Supreme Court.

But, I believe far too many church goers are more Republicans than they are Christians. The word Christian simply means “Christ follower.” Too many Christians are Fox News-followers, Rush-followers, Beck-followers.

Who are these church-goers? Many of them are pastors, Sunday School teachers, elders, deacons, small group leaders, and just average folks.

To me, it makes me sick.

What I am saying is that synchretism is what I am seeing in America. Where our world view has shrunk to such a place that all we can see is that in November, it is right vs. wrong, Christians vs pagans, Republicans vs Democrats, Jesus vs. Muslims. 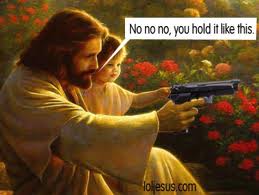 Literally, if Jesus was alive on earth today living in America he would be a Republican, a regular guest on the Glenn Beck show, endorsing Fox News, and leading the war on terrorism agains the evil Muslim empire. He may even become Speaker of the House!!

That is the Jesus that most Americans see.

I just don’t believe that the Jesus I read about in the Bible would make a good Speaker of the House. I don’t know if Jesus would sit on his butt in front of the TV and soak in Bill O’Reilly every night, nor have is radio tuned into Mark Levin every afternoon as He drove home from work. I don’t believe that Jesus would be cheering the death of another Muslim.

Here’s another angle – if Jesus came to save the world, and is as much of a Savior to the Chinese, the Brazilian, the Kenyan, and the American, then how important is it for us to believe that Jesus gives a damn about our right to bear arms as opposed to coming for the sick, the lame, and to seek and save the lost?

Maybe, just maybe, we are called to be the light of the world. Maybe we are called to love one another, pray for the Muslim, and be far more concerned with loving the gay community and treating them as God’s creation, leading them to Jesus rather than hating them for their choices. What a shame it is that most of the gay community will never know the love of Jesus because good American Republican church goers would rather thrust insults and puke than reach out and let them know they are loved by God.

The next time you read your Bible, begin searching for the phrase (or something like it) – “That is what you once were.”

Jesus is saying that before you were saved, you were once as lost as any Muslim, pagan, murderer, or non-believer. But, followed by every phrase that this is what you once were is a call for compassion, for loving the world as Jesus loves it, for living in the world but not of the world, and seeing the world through a new set of eyes, eyes of compassion.

Being a Christian in America is not a call to be a Republican nor a conservative. They are different. Dare I say that you can be a Christ follower and vote Democrat at the same time.

We are American citizens, and we have the right and privelage to vote, and whatever else our fore fathers laid out. Before that though, we are Christ followers. Anything other than that is synchretism and missing the Good News of the Gospel that Jesus came to die for.

I’m sick of politics and how much it polarizes our culture. When we as Christians somehow confuse our mission with that of polarizing our community on behalf of our political stance rather than our faith in Christ… well, I believe you may quite frankly be following a different god.