After leaving camp, I didn’t have a compass or point on the horizon to guide me. I was 18 years old and trying to figure out what to do with the rest of my life and what to do with God’s call.  While I was not a new Christian, I wasn’t accustomed to “following” God.   I was a man with no plan.

Looking back at this stage of my life it’s a miracle what actually took place.  As I mentioned in the previous post, I wasn’t exactly a sharp precision instrument moving with purpose with my new call to go to Africa.

After high school graduation, I did what any Christian guy would do who had just had God speak to him – I went to my local community college to get a degree in computers and pre-med (Actually a bit humorous now in retrospect).  I didn’t know what I was doing.  I managed to pull off 2 semesters at Lincoln Land Community College with a total of 1 C, 4 F’s, and 3 incompletes!  That had to make my mother proud!  The C is still a wonder to me because both semesters I quit going to all my classes after about 8 weeks.  How I pulled off a C in Statistics, I’ll never know.

What did come out of this first year after high school was a lot of frustration  (Frustration can actually be a good motivator).  Two failed semesters and two miserable jobs at Venture department store and Sears Automotive, and I was feeling pretty low.  Like I said, not exactly a sharp precision instrument slicing my way through life.  A whole year had passed and it was now the following summer. I was out driving one night, and I decided to drop in on Jeff.

Jeff Chitwood was my youth minister through high school.  I remember dropping by his house one night to visit.  I didn’t normally drop by, but I’m sure with Jeff observing me over the last year, he knew something was up.  We began to talk and made our way down to his basement.  We began to race slot cars (a cool youth minister with race cars in his basement).  I don’t remember how long we raced cars and what the content of the conversation was up to that point, but what I do remember is Jeff reminding me of where I had been over the previous 4-5 years, and taking me back to what I had been through in high school, my commitments to service, and my commitment to full-time Christian service. 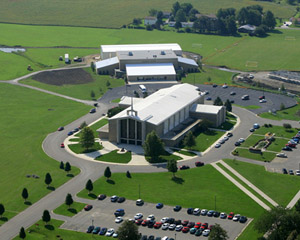 I was now 19, and the timing of my meeting with Jeff could not have been better.  High school camp was going on out at Lake Springfield Christian Assembly.  I drove out to camp with one main purpose – I wanted to visit with the camp team from Lincoln Christian College (now Lincoln Christian University).  For several hours that night, and many more the next day, I chatted with and got to know the 4 members of the LCC camp team, about college life, and why they decided to go to LCC.

After my meeting with Jeff and my visit with the LCC camp team, the fog began to dissipate and a clearer vision and renewed energy began to fill my soul.  I felt like I was back on track. The following day I was in my car, driving to Lincoln, IL and applying to attend Lincoln Christian College.  I still didn’t know exactly what I would major in, but I did know that I was now exactly where God wanted me.

The next year of my life was so incredible.  As Bryan Adams sung, “It was the best year of my life.”  My best friends for life came out of that year – Matt, Phil, Mark (who introduced me to Texas), Dan, Terry, Dave, and so many others.  I was playing on the soccer team, getting A’s and B’s in my classes, and soaking in everything that was life at LCC.  It’s amazing when you have clarity of purpose how you can turn those F’s into A’s and B’s.

There were 4 other people that were key people in my life. 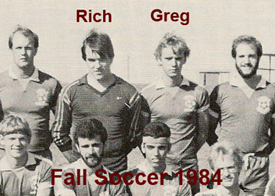 Two of my soccer teammates were Greg and Jeff Butler.  Traveling on soccer trips to play other colleges, I had a good chance to get to know Greg and Jeff… and to learn they were connected to Mike Nichols.  Greg and Jeff had grown up in Bukavu, Zaire where Mike Nichols had also lived.  Greg and Jeff would fill me with story after story of life in Africa.  Most of them were UNBELIEVABLE… especially compared to life growing up in central Illinois.  They began to teach me Swahili words and phrases.  I was a sponge soaking up all things Africa.

Another connection was that Greg and Jeff just happened to be the sons of one of my professors, Ron Butler.  Motivated by this African missionary professor, I began to give 110% in that class.  I began to stay after class and ask questions.  It was part way through my first semester at LCC that another milestone was passed.  Mr. Butler (as he was known at that time) had us choose a book from a list to write a report on.  I chose, Through Gates of Splendor

.  And my life would never be the same.

Missions to that point in my life was fairly vague and almost “tourist-like.”  Through Gates of Splendor changed my perspective of the commitment, the sacrifice, the love, the passion, and the depth of God’s love for all people.  Amazingly, in chapel that year, during a missions emphasis week, we would watch the movie, Through Gates of Splendor, as well.  I was changed.

I knew God had been working on me, but there was much to do.  I was a blunt instrument that needed refining, and I was in the right place for that to happen.  Miraculously, God had timed my attendance at LCC with a 2-year extended furlough for the Butler family.  I would spend much more time with the Butlers, visiting with Ron, Carolyn, Greg and Jeff at their house – located about 200 yards from my dorm room. 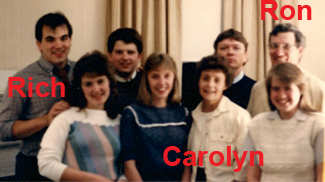 Ron Butler became my mentor.  From classroom time, to chapel sermons, to just visiting, to even help coach soccer my sophomore year, Ron was and would continue to be a profound influence in my life.  My sophomore year I traveled to East Providence, Rhode Island on a school trip to work in a small Portuguese church with Ron and Carolyn.  That trip was special because I got to serve alongside them and talk more about Zaire.

The full 4 years at LCC (yes, I did finish in 4 years) would continue to shape me with other professors and friends.  By my senior year I had grown (at least I hope so) and was beginning to dream with greater clarity about the purpose of my life.  Others I had met at LCC, led me to something great after graduating from college. 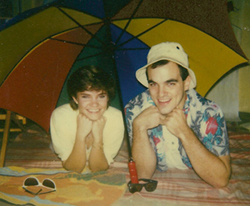 I also fell head over heals my senior year for the freshman girl who was washing dishes in the cafeteria.  By our third date I learned that her name was Traci (just kidding 😆  ).  In a whirlwind that can only happen at Bible College, we were engaged before the school year was out.  Hey… what can I say… when you know you know!

I graduated from college in May 1988 with my degree in one hand, my passport in the other hand, and an engagement ring on Traci’s hand.  I was heading off on a great adventure, leaving my fiance’ behind for 3 months, and finally getting a chance to participate in an opportunity that had been planted in my heart 5 years earlier when I met Mike Nichols.

I am amazed when I reflect on this 5 year stretch of time.  The first year I was wandering around looking for the right path to take.  I was frustrated and I couldn’t see the forest for the trees.  I am still very grateful for that night in Jeff Chitwood’s basement racing slot cars (I’m sure I let him win), when he had the boldness to help put me back on track.  Thank you Jeff!

The next four years were all very powerful.  I was a college student and a blank slate.  I am a very blessed man that God timed my arrival with the Butlers to have this family write such important words and messages on my heart.  Thank you Carolyn and Greg!  Ron passed away last year in South Africa.  Jeff passed away in the mid-90’s while flying relief trips into northern Kenya.

The main thing I see when I look at this part of the journey was how hard God was working in my life to shape me and orchestrate events and the timing to meet new friends that would shape and direct my life. I know I was slow to learn, but God’s patience in unfolding these events and putting people in my life is quite humbling to know He cares that much for me.  Don’t squander the opportunities that God puts before you.  Trust the counsel of godly individuals who have the authority to speak into your life.  Have a spirit that says “Yes.”  Be thankful as you reflect on God’s goodness!