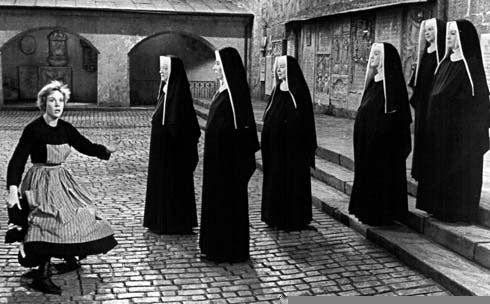 You remember the scene… a few nuns are talking about the problems they are having with Maria. Maria was a free-spirited candidate who was living at the abbey under the supervision of the senior nuns, hoping one day soon to take her vows and become a nun.

They break into song (‘cuz that’s what they do in The Sound of Music) and begin singing about all the challenges with this tardy, confusing, humorous, sweet, will-o’-the-wisp, headache… who the majority feel will not be an asset to the abbey.

They May Not Be Singing, but…

I’ve been more than aware that I am the topic of many conversations behind my back – which has been going on for several years now. It may sound something more like this:

You see, back in 1998 I was hired to teach at Dallas Baptist University. It was a nice position that went from being an adjunct faculty member to being promoted to the Assistant Director of the Intensive English Program. A notable achievement for a 39-year old.

I enjoyed it, but was working long hours at times and receiving a very “average” wage. My salary wasn’t even enough money to actually take advantage of the benefits for my family, and barely covered my household budget for the first 3 weeks of the month.

In other words, I was working at a decent place, had a decent working environment, but only earned about 70% of what I needed to live on (frugally).

I have always been an entrepreneur at heart, so I started a business from home to help with our budget.

My business took off. It was doing very well. My business was growing and the university wanted to transition me into a more administrative role. As my business continued to grow, I realized I was not “administrator material” and resigned in 2004.

(people were talking behind my back about that move – why would you ever leave a university job?) 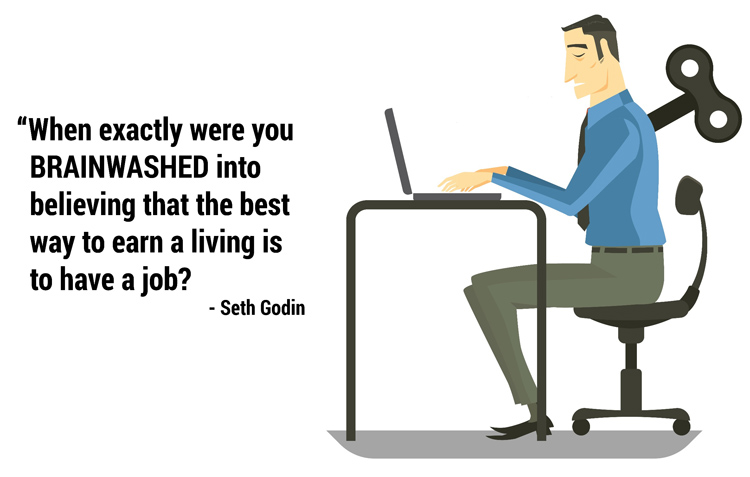 For the next six years, my business continued to grow… up and to the right. I thrived during the recession and continued strong for the next couple years.

As markets and technology changed, my business flattened out at about year 10. Three years later, in 2015, I couldn’t save my business and I sold off what remained.

I was better than 99% of all businesses throughout the U.S. and Canada. I had done what millions of others were not able to do! 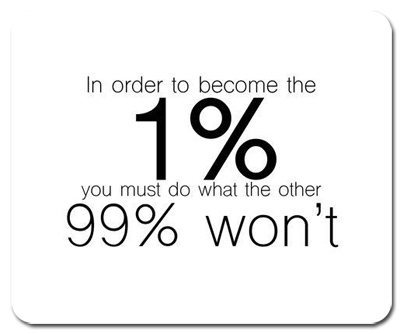 Let that sink in.

Fast-forward now a few more years, and it’s been a rather bumpy road for me as I have not bounced back like I had hoped. During this time, I have heard my share of opinions and advice.

I have personally struggled during this time to figure out how to bounce back. From the outside, people have no clue as to what has gone on. I have tried many new businesses that did not develop. I have applied for so many jobs and sent off 100’s and 100’s of résumés, countless interviews, Uber, Lyft, nearly 3,000 food and catering deliveries, done minimum wage jobs, etc. etc. etc.

Life has not gone how I thought it would go so far in my 50’s. Life ain’t fair, and I don’t expect it to be… and maybe I’m whining a little bit, but it would be more bearable if it wasn’t for the damn whisperings.

Maybe it’s time to ignore these whisperings and get back to minding my own business.

I’m not just paranoid. These conversations come back to me directly and indirectly.

I find that the older people get, conversations dwell predominantly on 2 topics:

I recognize my own faults and take responsibility for the direction I have gone the last few years. But… enough is enough.

So, how do you solve a problem like Rich?

To answer that question, think of the ending of The Sound of Music.

Basically the nuns who had considered her a problem in the beginning watched her transform into whom God intended her to be. Her story has been celebrated around the world and has become one of the signature events in all of Austria to this day.

Therefore… Rich isn’t a problem. I still believe the dream and the vision God placed in my heart, and fulfilling that is far more important to me than any song the well-meaninged voices have been singing.

In the nicest way I can say it… just stay out of my business! I don’t need solved or fixed. Leave me alone… sit back and watch.

I’ve been able to do what 99% of all people could not do, and I can do it again.

Just stay in your lane, bro!